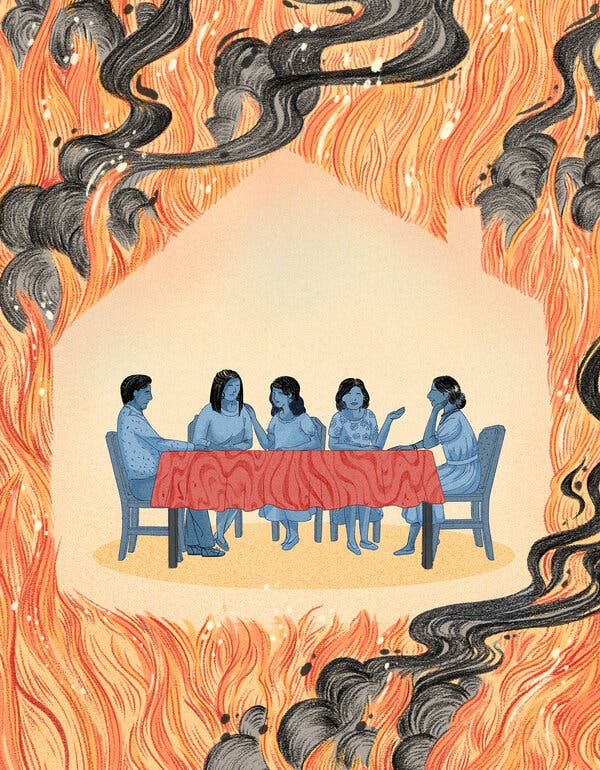 They've Been Married for 39 Years and Are Ready to Call It Quits Due to Their Children's Objections. - The New York Times 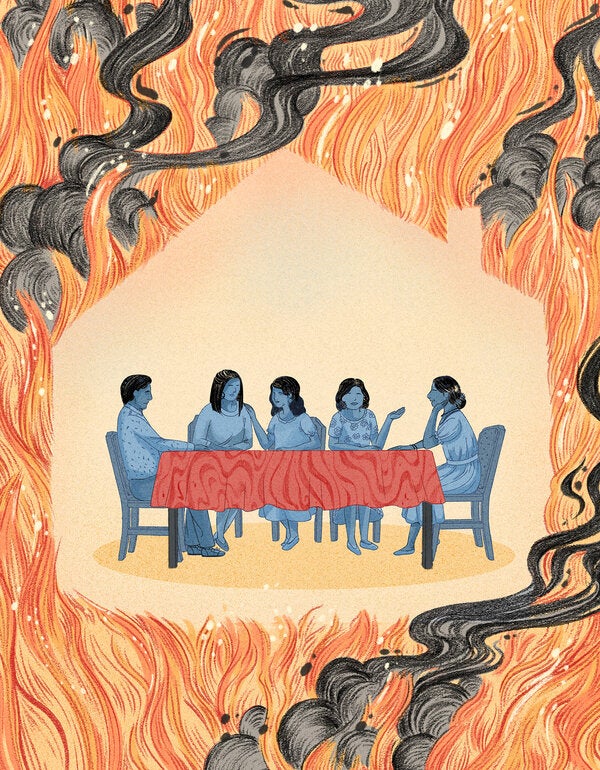 A house, the solitary, private area in which characters get to misbehave, is at the centre of many family fiction. Writing a family novel entails moving into that house and delving headfirst into the expected disasters.

Mara Amparo Escandón's third novel, "L.A. Weather," transports us to the Rancho Verde four-bedroom mansion of the Alvarados, an affluent Mexican American family with a slew of secrets and falsehoods. It's a big book, packed with human drama set against the backdrop of a record-breaking California drought, and Escandón writes with vigour and affection for her characters.

Oscar Alvarado has put his money into a failed almond grove and spends his days dozing off in front of the Weather Channel. Keila, his 39-year-old wife, is a ceramist known for her representations of naked couples and the Mexican-born granddaughter of Polish grandparents died in a death camp; when we meet her, she's on a "crossed-legs strike," withholding sex from her apathetic husband. Claudia, a celebrity chef with a tendency for petty larceny; Olivia, an architect and mother of twins imprisoned in a dysfunctional marriage; and Patricia, a digital media mogul with a wandering eye and a gender-questioning adolescent son, are their three adult children.

The tale begins with Olivia's twins, who are toddlers, nearly drowning. Despite the magnitude of the incident, our attention is swiftly drawn to another crisis: Keila wants to divorce Oscar, but the daughters insist that their parents spend a year attempting to repair their relationship. This is a pivotal moment for two reasons: first, it establishes a precedent for how Escandón's novel — and the family within it — will handle major life events in the future; and second, it provides us with a timeline — a single year — within which the novel will unfold, which ends up feeling constrained.

In “L.A. Weather,” a lot of things happen. Three affairs, three comas, three divorces, one separation, a gender identity inquiry, a brain tumour, IVF, the termination of a profession, and the prospect of bankruptcy are among the events. Other health difficulties, marital issues, and characters dealing with prior tragedies, such as a miscarriage and a rape, are addressed. The majority of these challenges occur in 2016, and are compounded by drought, wildfire danger, and the presidential election.

There's a lot going on, and the turmoil and mess feel like family life in some ways. When one character remarks, "The more I think about it, the more I believe this concept could only work if we were living in Telenovelaland," the novel seems to be conscious of its own absurdity. However, there is a lack of fallout or causality, forcing the reader to suspend her disbelief multiple times. Events occur swiftly and frequently have little influence on one another; we exit one scene and enter another without having the opportunity to contemplate. The characters are caught in a similar whirlwind; they experience "life-changing" experiences but are back to considering trivialities like traffic within a few pages — and then careening toward whole new life-changing events. Their behaviours are described as unintentional on several occasions — one character buys an orchard "on impulse," another marries "on the spur of the moment" — yet this doesn't appear psychologically genuine. The Alvarados are also not particularly sympathetic, which isn't necessarily a bad thing - bad behaviour makes for good fictional fodder. However, there is a lack of accountability, as well as a lack of involvement with the world, which makes it impossible to believe in the characters or understand what is truly at stake.

Escandón sets up two tracks: the one where the story runs and its more complex neighbor, traversing the terrain of family history and the physical world. While the former is difficult to digest, the latter is masterfully executed, rife with nuance and detail and the telltale signs of a gifted writer who knows her material well. Escandón’s narrative voice is often witty and warm, and her meditations on Los Angeles are lush and lyrical. Of the Pacific Ocean, she writes: “Its undulating surface shimmered in bright oranges and reds, sequins in a drag queen’s gown. This was a light — a hyper-real, Technicolor light — that only existed on celluloid and in Los Angeles.”

Toward the end of the book, Oscar muses: “There were hundreds of cities within his city, each telling a different story. He’d need several lifetimes to understand its many incarnations.” The same could be said for “L.A. Weather”: Though it’s a lively and ambitious family novel, it ultimately seems to be spilling out beyond its real estate.